Pat on 2013: “I’m very happy with the quality, but it’s a shame about the quantity; it’s another very small vintage.”

The wines…
Pat says that he used about 20% new oak across the whole range of wines, he also notes that fruit ripeness was perfect “I didn’t need a gram of sugar in 2013″ he says. You may note that Pat has gathered some interesting small volume purchases amongst his usual range of wines.

2013 Bourgogne Aligoté A small harvest with 12.5° natural and no rot. Was fermented in barrel and is now in tank. A soft and smooth nose. A fresh palate, faintly textured with CO , but the flavour shines through. I don’t really buy aligoté but this is one that might tempt me.

2013 Bourgogne Chardonnay From vines with the boundaries of Meursault. This is a fresh and beautifully clean nose. A wine that delivers an extra fizz of flavour dimension; flavour that lasts very well in the slowly lingering finish.

2013 Meursault Vieilles-Vignes A beautiful, picture-perfect Meursault nose. Super concentration with a real after-shock of flavour beyond the mid- palate. As usual a lovely, textbook wine from this domaine.

2013 Meursault Tessons Racked before harvest – there should be 8 barrels from a normal harvest – this year only 4. As a test, Patrick has used no new oak for this wine. A modest, but perfectly formed nose. Beautiful, mouth-watering acidity and gorgeousness of flavour. Excellent.

2013 Meursault 1er Cras Even worse hail damage than the Tessons here – just two barrels, instead of six. Short notes for great wine. Beautiful. Clarity and balance before a concentration of flavour – everything in its place…

2013 Chablis Grand Cru Vaudésir The nose is obviously more mineral, and shows a lime-skin character. Quite big and round but with a very fine base of acidity. Lovely wine – and no new oak again.

2013 Meursault 1er Les Charmes What a difference to the Chassagne, a return to a classic Meursault nose of faintly spiced bread. This wine displays a faint CO petillance but also width and concentration. The flavour is fine and growing and mouth-watering. Gorgeous.

2013 Meursault 1er Bouches Chères Here the nose is more modest, if fine and smooth. Powerful yet transparent in the mouth – the flavour welling from the core. Beautiful.

2013 Meursault 1er Goutte d’Or Another modest, faintly tight nose. Fuller and rounder in the mouth – but with very fine balance.

2013 Corton-Charlemagne Made from Aloxe fruit. The nose isn’t particularly wide but it’s certainly deep and quite ripe. Full in the mouth with a ripe core. Lovely acidity but
clearly a very different animal to the wines of Meursault – actually quite a perfumed flavour. Yum!

2013 Bourgogne Rouge Made with 50% whole clusters. Here is a high-toned nose that includes plenty of floral references. Slowly some flowers on the palate too, but too much gas to say anything constructive here – despite the very nice fruit.

2013 Pommard En Chiveau This wine even smells a little gassy, but has nice fruit. Again plenty of CO but it’s easy to discern a higher level of tannin and concentration. The last drops in the glass smell very classy indeed.

2013 Volnay 1er Les Santenots 100% whole-cluster fermentation, the fruit from 70 year-old vines. The nose is a little reduced but the there is depth, almost texture and some fine floral notes. Lots of gas again, but there is power, intensity yet some delicacy too. This will be super. 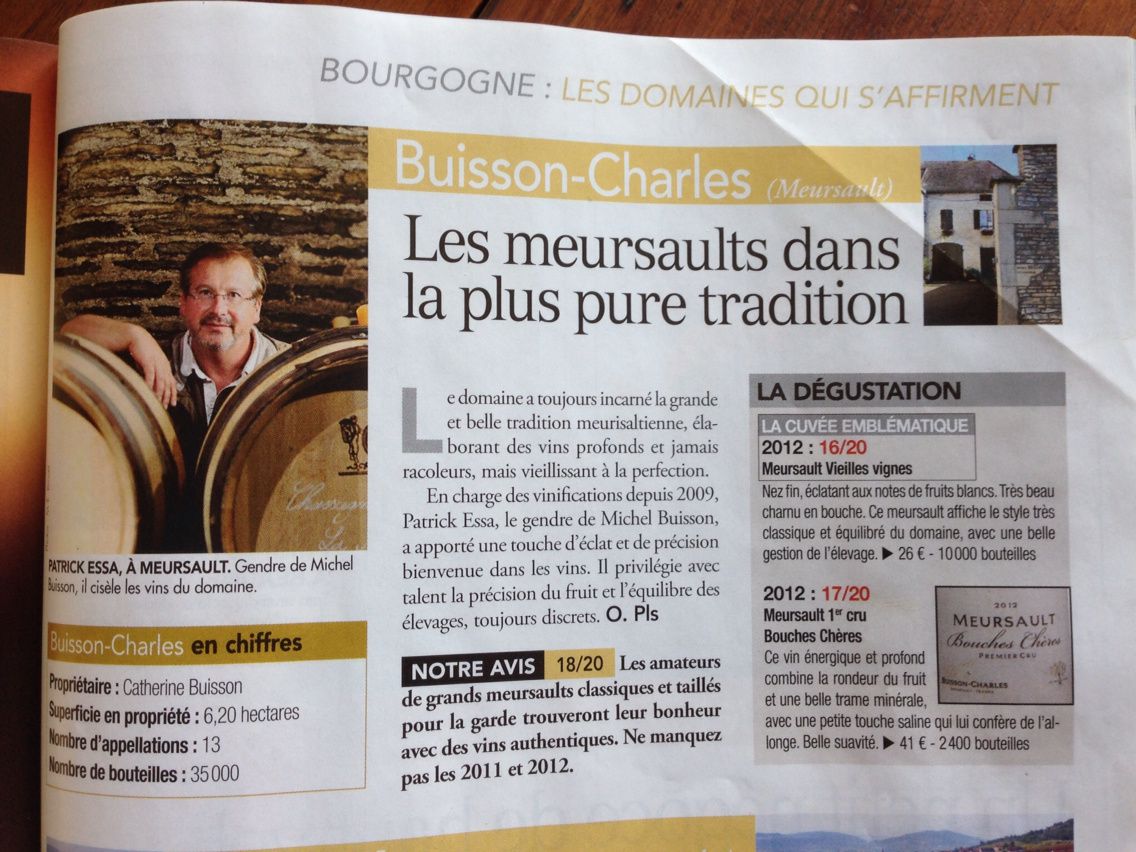 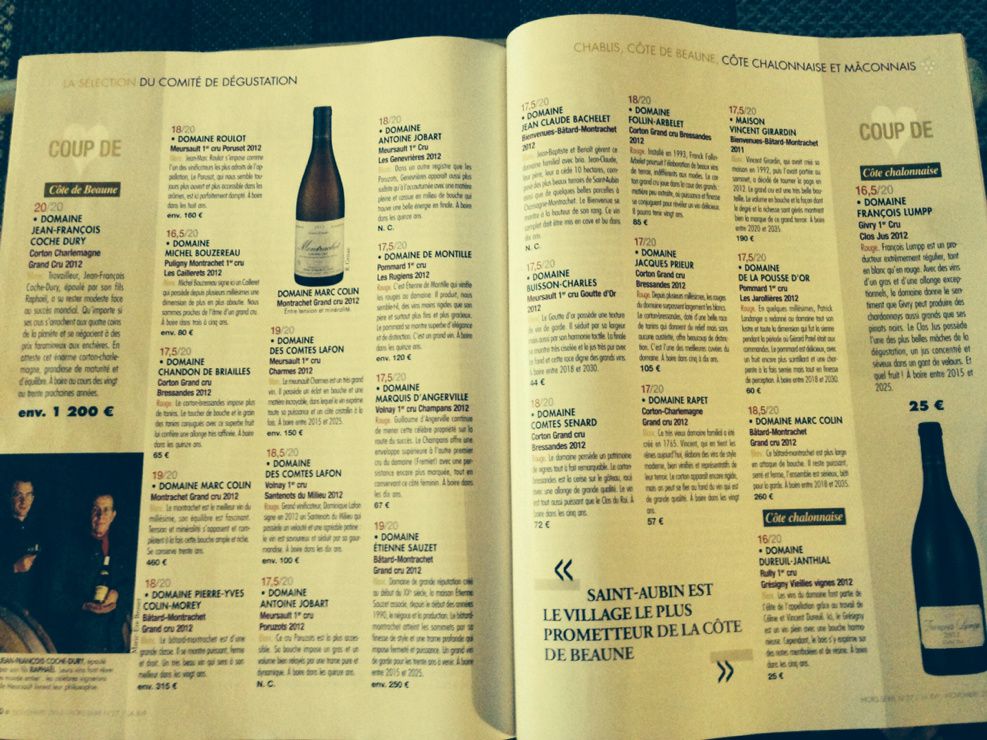